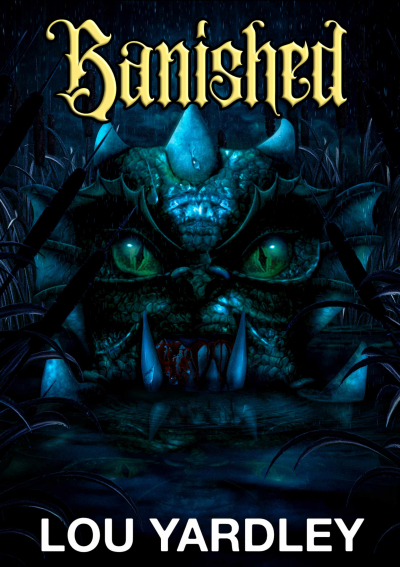 In the world of Venari

Sweat covered every inch of Shep’s body. The evening was uncomfortably warm. Given the option, Shep would have always chosen to be too cold rather than too hot. At least when you were too cold, you could put on more clothing or light a fire. What could you do when you were too hot? Remove your own skin? It didn’t seem like a feasible option.

Clothing clung to him, and he shifted uncomfortably under its weight. His horse grunted at the movement. ‘Sorry Brutus,’ Shep said. The horse was probably the mildest mannered horse in the world, but Shep had named him Brutus so people wouldn’t think of stealing him. It made the animal sound dangerous, when in truth it was the gentlest creature Shep had ever encountered. Behind them, the wheels of Shep’s small wooden wagon bounced off the ground, sending stones and twigs in various directions; more than once, a small bit of debris had ricocheted off Shep’s legs, some even making tiny holes in his breeches. He had no idea how much had hit his companion; Brutus rarely complained.weat covered every inch of Shep’s body. The evening was uncomfortably warm. Given the option, Shep would have always chosen to be too cold rather than too hot. At least when you were too cold, you could put on more clothing or light a fire. What could you do when you were too hot? Remove your own skin? It didn’t seem like a feasible option.

This path to Elkbury was little used, but that didn’t worry Shep. If anything, it drove him forward. After all, if very few came to the village, they’d have very few to trade with. They’d be chomping at the bit to get what Shep was selling. And he was selling good stuff. Glancing back at the wagon, Shep imagined the cheeses, breads, and other treasures he had hidden under blankets. He grinned; if all went well, he’d soon be a rich man. Why hadn’t anyone thought to use this route to get to Elkbury before? This shortcut was far quicker than the usual route, and it was drenched in better scenery. The smells of the forest were intoxicating, well worth the trip alone. People were fools.

After a while, the path brought them to a lake. Moonlight danced on its still surface. It looked so inviting. Shep reached into the pocket of his threadbare coat and pulled out a faded and folded piece of paper. The trader had the map committed to memory, but sometimes he liked to look at it to make sure he was travelling in the right direction. He was. He always was. Shep’s sense of direction was second to none.

Just as he expected, the map told him that the lake in front of him was Taunriden Lake. This meant that the village of Elkbury was only a short distance away; he could be there within an hour.

Or he could spend the night at this beautiful lake. There was no rush, after all. It would probably be too late to enter the village now, anyway. Those people weren’t used to visitors, and they certainly wouldn’t trust someone who showed up under the cover of darkness. No, waiting until morning seemed prudent. If he wanted to set up an ongoing trading relationship with them, he had to do everything right. He hopped off the horse’s back and thudded to the ground. Shep was a fine businessman, but he had the grace of a lump of stone.

‘What do you say, Brut? Shall we camp here?’ Shep was in the habit of talking to his horse, even when he wasn’t on the road on his own. Brutus never answered, but that didn’t matter, Shep had the idea that he knew what his companion would have said and filled in the gaps. This time, however, the horse did answer him, although not by using words. Brutus huffed as if agitated, all the while keeping his eye on the body of water. ‘What’s wrong, you silly ol’ boy?’ Shep asked, puzzled by the animal’s reaction. It made no sense. He looked around, searching between the trees for signs of predators or robbers, but his eyes found nothing. ‘What have you seen?’

But the horse’s attention wasn’t on anything hidden in the trees, Brutus was still staring intently at the lake. ‘Don’t worry, I won’t make you go for a swim,’ Shep said. ‘Although that doesn’t seem like a bad idea. It would be good to cool off. Sure you won’t join me?’ Brutus huffed again and pulled away. ‘Suit yourself,’ Shep said, stepping towards the lake.

Several sets of yellow eyes watched in interest. Ripples appeared on the surface of the water. Brutus made a panicked noise quite unlike anything Shep had ever heard him make before.

‘Don’t worry,’ he said, wading into the lake for a paddle. ‘Everything is fine.’

Something grabbed hold of his ankle. The horse bolted, losing itself in the forest.