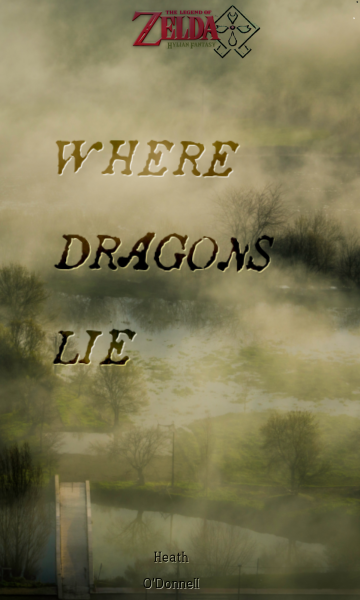 In the world of The Hylian Fantasy

In a time before Time there existed only the void. Chaos was in the void, and nothing was without the void. Then three golden lights came to the void. These were the Goddesses and they wrought creation within the void. With her powerful arms, Din shaped the void into form, creating earth. With her keen mind, Nayru turned chaos to order, creating law. With her sweet song, Faore breathed life into the nothing, creating beings to follow the laws upon the land.

For a time, the three stayed upon the realm they had created. Once seeing that it was done, they made to leave, a new whim calling them elsewhere. But unknown to them, their creation had not ended the void. Chaos had grown within the realm, and Nothing had twisted the laws and beings. The Void gave itself a desire for more and lashed out at the Goddesses. Each was snared by the Void, with Chaos filling their minds and Nothing eating at their hearts.

Sensing only despair both for themselves and their creation, the three tore a piece of themselves from their golden forms. Din molded the form to be familiar to the beings of the Realm, while Nayru gave the form thoughts that would guide them away from the Void and Faore gave the form breath to speak to the beings. They then left the form with fractions of their power. The form gave itself a name and as it descended it used the combined power of the Goddesses to rend the Void from their forms. The Goddesses fled, and their steward battled the Void.

Over the eons, the two battled, first against one another, and then through the beings of the Realm. The steward, who called herself Hylia, protected and blessed the beings using the Golden Power, while the Void wrought Chaos and brought Nothing. He was called Demise, for Nothing and Chaos and Void were death for the creations of the Goddesses.

This was the tale of the creation of the Realm. Now is the time for its first hero to be written and for the first seeds of Legend to be planted.

Oh gods. I forgot how hungry y'all can be for my writing. I'm working on it. In the mean time, you can find out about our Hero, Aubril of the Zonai... Somewhere in the World.