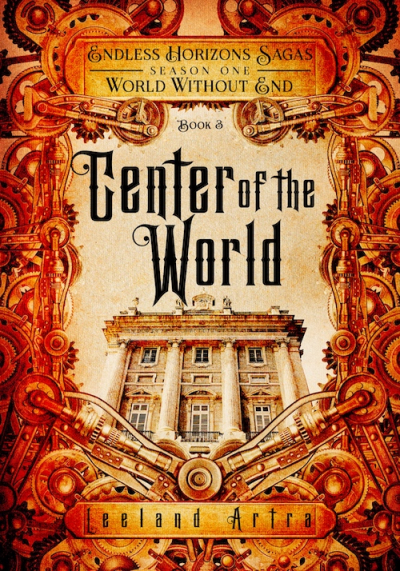 In the world of Terra


No vessel has ever made it beyond the edge of the world. Until now.
After surviving a deadly storm that would have destroyed another ship, the Vibrius’s return to the empire should have been triumphant. Instead, the navigator Lieutenant Metallo, is arrested by the church, accused of blasphemy. Lady Janali, the Vibrius’s inventor and owner, refuses to leave Metallo to be tortured and killed.
To defend his innocence, Lady Janali must perform a dangerous task - breach the walls of the Holy City of Nacitas, where women are not allowed. As she fights for the life of her navigator and the right of science to make new discoveries, her own dogmas are tested and life threatened.
How far will Janali go to prove the truth?
Steampunk Fantasy, Steampunk, Sci-Fi Fantasy

Center of the World