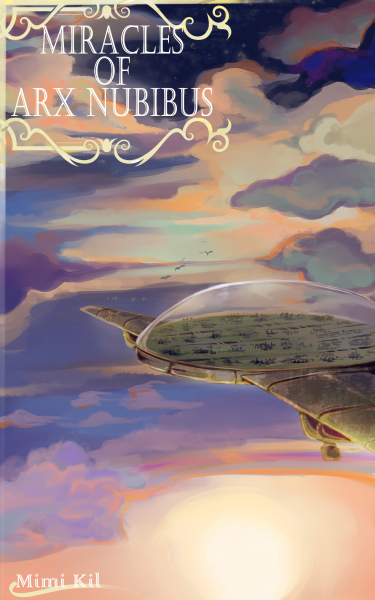 Olivia let herself into the house, her key rattling slightly in the lock. The lights all seemed to be off, and she could hear the TV from deeper inside. Her heart felt cold at the familiar scene. A box by the door had two threadbare stuffed toys in it, as well as a doll who had lost most of her hair. A dark stain marred the doll's left arm and skirt.

"Dammit! Can't you worthless louts do anything right?" A crashing sound came from the living room and Olivia put down the toys. Xavier seemed to be watching the football game as if nothing had changed. She clenched her fists and stalked toward him, barely keeping her emotions inside.

There he was, next to two empty beer bottles. A can of some other alcohol was crushed near the TV, slight amounts of liquid seeping out of it. Three pizza boxes were stacked on the side table, and Olivia guessed that they had all been empty for a while. She flicked on the light and Xavier spun towards her, almost as if he was prepared to throw the beer bottle in his hand.

"Liv! What are you doing here? I didn't think you'd get out of prison for a while yet."

"They let me go for good behaviour," she lied. The truth was she'd broken out, and probably left some traumatized guards in her wake.

"Really? Nice. Can you go get groceries? These are my last beers and I've just been eating take-out. A home-cooked meal sounds great."

"Where's Keyla?" Olivia couldn't squeeze out any other words. Her fists were shaking. She knew full well where their daughter was. But did Xavier care?

"Huh? Oh. Got a notice from the hospital that she died. Couldn't afford the procedure, so they just kept an eye on her until she was gone."

The way he said it so casually made Olivia's chest swell with what felt like burning magma. Their eyes locked and she wanted nothing more than to make this man wish he'd never been born. But no. Not yet. She exhaled slowly as Xavier continued.

"I packed up her stuff. The last of it's by the front door. None of it's worth anything, so I guess I'll just send it up to the recycling plants. The books actually fetched more than I thought they would. And the best part is now I don't have to worry about Social Services dropping in."

"I'm heading out," Olivia muttered. As she turned to go, Xavier called out one last request.

"Could you turn off the light, Liv? It's easier to see the TV." Olivia turned and forced a smile on her face.

"How about I take those empty bottles for you too?"

"Thanks, love. Could you make something nice when you get back? Like lasagna?"

Olivia didn't answer, pretending she hadn't heard him as she flicked off the light and rinsed out the beer bottles. But instead of taking them out, she left them in the sink to dry. An idea had formed in her head.

No, it had been forming for some time. Ever since she got out, she hadn't been able to fully focus on her revenge against Achilles. She had to know what had happened with Xavier. Did he feel any regret? Had his life changed at all? Olivia had avoided going home since they'd look for her here, but her curiosity had finally gotten the better of her.

Xavier didn't care that Keyla was gone. In fact, he seemed happy that she wasn't there anymore. Hatred burned like a hot stone in Olivia's chest. He'd even had the nerve to get rid of Keyla's things, giving them no more thought than the amount of money they could get him. She'd been toying with the idea, but his attitude had cemented her desire.

Their daughter was dead. And all he wanted was more beer and for her to cook for him. He'd get his booze all right. Olivia was careful to hide the twisted emotions in her heart as she stalked down the street. The elevator went down a couple floors to the store and she flicked her eyes over the merchandise.

There. The drugstore portion. That was what she was looking for. She found the bottles she was looking for and brought two up to the front. The employee rang up her total and she internally cursed. She didn't even have enough money for this.

Olivia smiled and looked the kid in the eye before reaching into her pocket and then placing her hand in his for a brief moment. He smiled and gave her change, before closing the till and bagging her purchases. She took the bag and left, relief flooding her.

This Miracle really was the best. She thanked the purple god once again.

When she opened the door this time, Xavier called out to greet her. Olivia called back, keeping the hatred out of her voice. The beer bottles were mostly dry now, so she took out her purchases from earlier and set them on the counter. Two bottles of rubbing alcohol. She filled the beer bottles and swished them a bit. This way, it would look like an accident. She wouldn't be arrested for murder.

Yet. The murder trial could come when Achilles was dead.

Olivia headed back to the living room and smiled what she hoped was a gentle smile as she handed Xavier the bottles.

"Thanks, Liv." He looked her in the eye for a brief moment and started chugging away. Olivia nodded  and retreated to the back of the room, where she sat as if to watch the game. But the whole time she watched as Xavier knocked back the alcohol. When the deed was done, she made sure the bottles were empty, took the empty rubbing alcohol bottles and half the money Xavier had stashed away and left as if nothing had happened.

Now she could really focus on Achilles.

First she'd need a wig and some makeup. That way she could really do what she pleased. The plan formed more and more concretely in her mind as Olivia walked through the darkening streets.

Soon the famous 'hero' would meet his end.

It was a Wednesday. Around noon, someone had called the military to report a body on the first level of the Residential District. Officer Larsen scribbled on a notepad as a medical officer examined the degraded body and immediate area. Because of the beer bottles nearby, he was ready to rule it a case of alcohol poisoning and leave it as an accident, but something bugged Larsen.

There were only three bottles of beer around him. That shouldn't be enough to kill someone. And two of them looked too clean. Something was nagging her, and she was absentmindedly taking notes on the scene - precise locations of every little object she could see. Maybe they should test the bottles for some other type of poison?

"Well, another unfortunate incident," Sergeant Barron muttered. "Looks like he lost track of how much he was drinking."

"But there's only three beer bottles there. I doubt he'd have the wherewithal to clean up after himself if he died," Larsen replied.

"We'll probably find some kind of drug in his system. Some people just won't listen when the pharmacist tells them that their meds don't mix with alcohol."

"Right..." Larsen glanced around the room. "It still smells fishy to me. Those bottles look too clean."

"I'd keep your head down for now, if I were you, Larsen. You're still under review."

Officer Larsen sighed heavily. Just because she tried to do the right thing...

"Yes sir," she said slowly, each sound weighing heavily on her tongue.

"You really shouldn't have messed with Colonel Evans. She's got it out for you now and you'll be lucky if you just get a reprimand."

Larsen tried to ignore the scolding until Sergeant Barron grabbed her and forced her to look him in the eye.

"I say this because I'm worried about you. Even if Evans did what you accuse her of, you have no proof. Now you'll disappear without any of this seeing the light."

"Why do I have to find the proof? Isn't that why we launch investigations when a credible accusation is made? I had some circumstantial evidence, but it disappeared. But that won't stop me from doing my job. Now, Sergeant, if you wouldn't mind, I'd like to ascertain what happened to this man here."

Barron stared at her for a while before sighing heavily. Another officer walked up to them.

"Sergeant, I found what looks like an ID. One for a Xavier Orozco. Picture looks like him, but do you want to confirm it?"

"Thank you, Officer Richardson. Anything else look important?"

"Background check showed that his daughter, Keyla, died in hospital about a week ago. Shortly after, the girl's mother escaped from prison."

"Theft. Achilles brought her in."

"Unfortunately. The mother was not thought to be violent, but I don't know how else she could have gotten out. The officers in charge of guarding the prison at the time are all confused and incoherent."

"Would she have done this?" Larsen wondered aloud.

"If so, there could be more," Barron replied. "What do we know about this woman?"

"Not much. Her name is Olivia Hahn and she seemed like a normal mother until she was caught stealing."

"I don't like the sound of the prison escape. All the guards were incoherent? What does that mean exactly?" Larsen asked.

"They seem to be utterly confused. One was muttering about blood, another how he was suddenly on fire. It sounds like a psychotic break, but this woman is possibly dangerous," Barron answered.

"Should I put out an alert for her?" Richardson asked. Barron thought for several moments.

"Richardson, take this to Lieutenant Galvan. I'll let him decide what to do about it."

Larsen stared around the house for a while, trying to determine how Xavier could have died. Hopefully they found Ms. Hahn soon and could get some answers.