Questions to make you question yourself...uhm.. your character

Queen of the Elves, Elven Goddess of Love and Beauty

World Building (obviously), overthinking, being an editor on Genius.com, daydreaming, reading, writing, doing nothing productive, terrorizing people with totally random and useless facts, figuring out everything there is to know about a topic and then not using it, procrastinating (doing that as of this minutes probably), listening music.

Any Marvel Movie (except for Thor: the Dark World, we don't talk about that one), Argo, Jurassic Park, Robin Hood: Men In Tights, Men in Black, the Lord of the Rings Trilogy.

Sherlock, Jessica Jones, Agents of S.H.I.E.L.D., Daredevil, Good Omens (it hasn't been released yet but it probably is awesome all the same), Game of Thrones, American Gods

Oh gods, not sure you want to go here. Gonna be a long list. Anyway, let's go.     If you could only read one book series in your life: make it the Stormlight Archive (or the Cosmere, though I think that would be considered cheating). It's got the most realistic characters who each must deal with their own struggles ranging from PTSD and depression to being an absolute and utter pile of shit, a lively world, an intriguing system of magic and more mysteries than you can ever imagine. Plus: it's got a murderous, talking sword and what is better than that? FYI the answer is two talking swords. The best part is that this series consists of ten books that seem to be increasing in thickness with every new part. If this isn't enough reason for you to read it: the books are all part of a large MCU-like book series spreading over different times and planets. Other wonders in this series are Mistborn, Warbreaker, White Sand and Elantris with much more to come.   So, beside the series mentioned in the mini-rant above other favourites of mine include (and the list is going to miss a lot of books):   Dubliners by James Joyce   The Wheel of Time saga by Robert Jordan & Brandon Sanderson   The Lightbringer Series by Brent Weeks   the Fionavar Tapestry by Guy Gavriel Kay   Good Omens by Neil Gaiman and Terry Pratchett   the Discworld series by Terry Pratchett   The Malazan Book Of the Fallen by Steven Erikson (and the associated novels in the same universe by both him and Ian C. Esslemont)   The Codex Alera by Jim Butcher   the Midkemia books by Raymond E. Feist   The Faithful and the Fallen series by John Gwynne   A Song of Ice and Fire by George R.R. Martin   the Demon cycle by Peter V. Brett   American Gods by Neil Gaiman   Wizard's First Rule by Terry Goodkind (the rest of the first story arc is of a very varying quality but an okay read overall, the second story arc is not terribly good)   The Lorien legacies by Pittacus Lore   The Sigma Force Novels by James Rollins   Most Forgotten Realms and Dragonlance Novels are also a good read

Brandon Sanderson is amazing. Like, the dude probably has made a pact with some demon for this talent. Terry Pratchett is also awesome, just like Robert Jordan, Brent Weeks and Neil Gaiman. Other favourites include George R.R. Martin (can't miss out on this one in a list of favourite writers, now can we?), Peter V. Brett, John Gwynne, Tolkien & Jim Butcher. Non-fantasy writer favourites include James Joyce, Edgar Allen Poe, W.B. Yeats ( I fancy myself a cultured man at times) and James Rollins (who's quite the odd one out). And since I mainly use this site for D&D purposes, we can't neglect Ed Greenwood, R.A. Salvatore, Bruce R. Cordell, Richard Lee Byers, Elaine Cunningham, Margaret Weis & Tracy Hickman.

Maxtheman's most liked by others articles.

The Goddess of Magic

Capital of one of the great Dwarven Kingdoms

Trader, Pirate & Bard: Giron is one of the Heart Sea's most intriguiging and prominent characters.

Goddess of the Sea Elves

Maxtheman's most viewed by others articles

A language brought over by an alien people, from an alien world.

As if normal elves weren't arrogant enough: hereby I present the winged elves

God of the Sun

Trader, Pirate & Bard: Giron is one of the Heart Sea's most intriguiging and prominent characters.

Badges and honorary awards MaxTheMan has won by taking part in community challenges and other events. 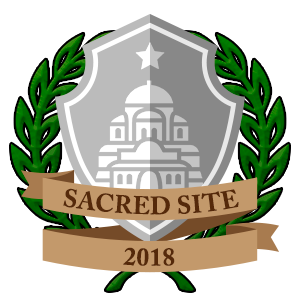